Life is a Vapor

Merciful sleep.
Merciful blackness, the backdrop for a million galaxies.

“Stars. You see them best on the darkest night.”

I turn over, sleep, to see in my dreams the strength of arms, and wills, and hearts… of friends that wouldn’t let go. That poured sweat, and poured out sobs with us on a cold night under open heavens. 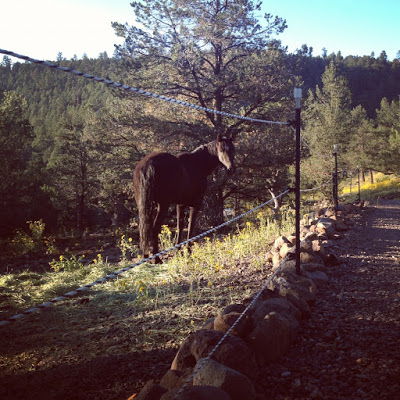 There’s something familiar about this feeling.
We’ll dig another grave tomorrow.
For another one of our best friends.

We’ll say another round of goodbyes.
That’s three times by open graves, once by our open door, since June.

But as night turns into day, then turns to night again, one thing hits me harder even than the loss of another cherished treasure. It’s how I cherish the ones that are left.

Because life is a vapor.
I’ll always be glad I stopped mid-stride, retraced two steps to the kitchen trash and fished out my apple core after lunch. Just because I knew she’d like it.

It is the last thing she would ever eat.

But what of the rest?

While visions of a twisting, straining, struggling animal, and of brave friends fighting through hot tears for a chance at life pass before sleepless eyes, I wonder:

These treasures, I mean the ones I have left, do they know how much I love them?

Morning comes and it’s still black. I awaken slowly, pause to feel my heart beat its steady 45.
But I’m by no means the first. Someone else has been up, waiting for the morning to start.
He’s pretty polite. Doesn’t usually awaken me before my time. But neither does he wait long after my eyelids first flutter.

The cold nose finds its way to a tear-stained face, pushes a time or two, and retreats to take up racquetball, sock, or whatever else can pass for a toy at 4 am. And he stands there, and his beady eyes beam. He’s happy to see me. And every morning he tells me the same. He stands there, wags his tail until he can’t take it any more. Prances and dances, and makes a fuss, as if we’d been separated by months and miles, rather than short hours since last night.
Just because he loves…

But wouldn’t I wish I’d done the same, made a ruckus when I’d first seen my sister, brother, mother, father in the morning? Wouldn’t I wish I had, if one morning they were gone?

I have news for you. For me.

That could happen any morning.

Life is a vapor.

Fight for it. Cherish it.
And not just when it’s hanging by a thread…

Thanksgiving [Because I Belong.]