“Who against hope believed in hope, that he might become the father of many nations. . . He staggered not at the promise of God through unbelief; but was strong in faith, giving glory to God.”*

See, that’s the essence of triumphant faith to me. And the reason why Abraham received the impossible.

Because he believed the impossible.
Hope against hope.

You’ve heard perhaps that “God will be everything we let Him be…”?

This is no halfway freedom we’re talking about.

This is undeniably the most audacious face of the conflict–
It’s grace, returning to finish the job.

Because “if the Son therefore shall make you free, ye shall be free indeed.” 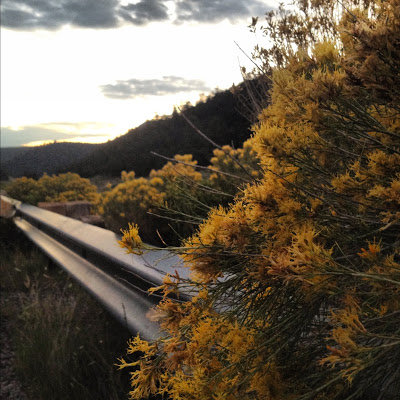 So it is that the trembling (but oh, so happy) child of God (only recently in chains) awakens one morning to a flurry of activity, and while yet rubbing sleep from the eyes an angel brushes by and says the Commander is waiting…

Yes. Because just getting clear of the door of that prison is’t enough for this General.
Today they’re going back to crush the fortress to a thousand pieces.

And He wants to take me with Him.

So we set out. Me with my little coil of rope, and Him, strong as ten thousand times ten thousand bulldozers. And I look up in awe while we trek– still thinking this is a dream. The One, the Invincible Soldier. The other, the admiring little boy, still in his pajamas…
And He looks down and smiles.

He doesn’t need me.

But He glories in making the weak, strong.
–in setting them over their enemies.

And after all, don’t I know where the pillars in that place rest, better than most? 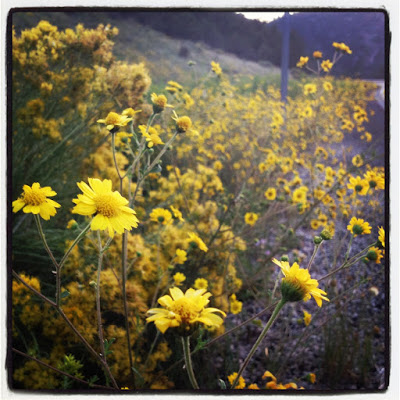 “…to loose the bands of wickedness…”

It is neither for the faint-hearted, nor for the half-committed…

Little wonder then that many an eager recruit has taken to the field with clumsy grip and misfit armor to seek fame in such brave exploits. Only, without first counting (or even knowing) the cost.

These first six words betray one of the best-kept secrets of the dark side. 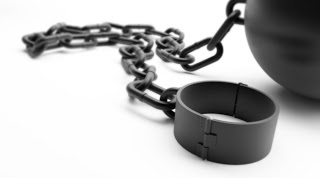 Lust is an iron chain.
And many, many beautiful people are wearing such fetters.

But these, my friends,
These are the first chains to go.

Only, they will never fall helpless before the faith (or the fervent fuming) of the faint-hearted,
or the half-committed.

From these same six words rings out to every soldier sharpening his sword for such a battle, this thundered imperative- a charge commanding every anguished drop of a soldier’s undying commitment:

Because only purity is stronger than vice. 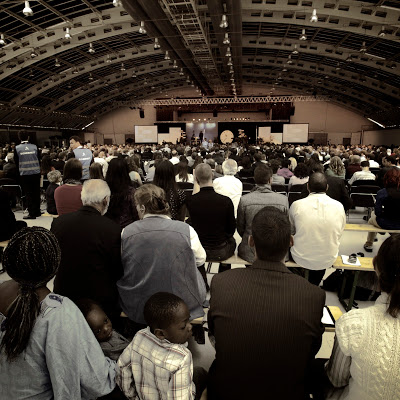 I sit and listen, fidget while tingles play tag up and down my spine. I brush tears away; squeeze fists together tight till my forearms bulge.
I’m watching stone walls generations old crack before my eyes.
I’m watching the sun dip low on the heyday of materialism, secularism, postmodernism.
Yes, even on the continent.
I’m watching a generation wake up and decide all those things are empty and they’ve had enough.
I am one of them.
Oh, and I don’t mean to say we’ll win without paying the ultimate price.
But I am saying, it’s as good as over.
We can’t lose.
. . . .
I recline early, book in hand under soft glow of christmas lights that grace my office year-round. (Jet lag in my favor, I’m bright and eager at 0200)
My eyes hesitate at the end of this phrase, retrace and return. Revel:
“The church is God’s fortress”
Acts of the Apostles p.11 | photo: JN

I thought I understood forgiveness.
Then the anguished cries of a heartbroken hero filled me first with wonder, then with hope…

A king and a father await word of the battle, from the safety of the city’s gate.
At long last the runners are seen. The pacing ceases. The king must know the state of the nation. The father longs to know the state of his son.

You mean the one who killed your eldest son? That cold blooded barbarian who sought to steal from you everything you had, ending with the crown? The one that this very day launched a campaign to end your life? That boy?
The one who so slowly, so slyly turned the hearts of your friends against you? Turned your influence to ashes from the inside out? Shamed you? Defamed your character before your counselors? Unravelled every thread of trust in the fabric of your rule? That boy?
The one who won the hearts of the kingdom’s greatest talent, greatest beauty, greatest skill? Split your family in pieces, then laughed at your sorrow? That one?
That boy?

And when the king-father hears that his son has fallen, he breaks in pieces.
He breaks into bitter sobs; looks for a place to hide his grief.
The guard tower above the gate will have to do. He stumbles up crude stone stairs meant only for soldiers. Breathless messengers and stalwart guards watch him go, hear him sob:

I blind with tears even now.
Lord of Glory, teach me the heart of forgiveness…

Don’t misunderstand me. I am known as a merciful man. But this has pushed the bounds of my conscious duty.

How in the world…?

Until days ago forgiveness was mechanical in my mind. Simply a releasing of hate. Almost an aloofness that says “I’m fine, you’re fine. I’m not hurt by this.”

But forgiveness isn’t finished with the releasing of hate. It needs the (re)embracing of love.
Real love.

I can feel from here the throbbing hearts of readers that will never comment on this post. Hearts that cry because trust has been broken, shame has been dealt out. I sense tears, even in the dark. Your soul sinks, because you’re sure there’s more to this I can’t possibly understand.

I don’t pretend to fully understand, but my heart throbs with you. Nor am I so naïve as to believe that healing is always as quick or simple as a choice.
I have a Master’s degree in counseling. And I know and love more broken people than some will meet in a lifetime.

But please, oh please my friend… Listen to me. And then pass the word to every hurting soul you know.

Whether you’ve been defamed, distrusted, shamed, violated, exploited, stolen from, crushed, then laughed at…

Remember:
David was wounded by his own flesh and blood. His family. And it is those closest that have the greatest power to harm, as well as heal.

But David had love. Love stronger…

Love is stronger.
And to love is to be free.

September 22, 2011 / Seán / 6 Comments
“The expression of Christian character is not good doing, but God-likeness.

If the Spirit of God has transformed you within,

God’s life in us expresses itself as God’s life,

not as a human life trying to be godly.

–My Utmost for His Highest
Photos: ©Joshua Nebblett

February 15, 2011 / Seán / 5 Comments
Deep sigh.
Silence.
Staring at nothingness.
I leaned back in my desk chair while the reality settled in…
“…He is pleading His wounds—‘My hands, my hands!’ ‘I have graven thee upon the palms of my hands.’”*
And all at once I closed my eyes and I could almost see Him…
–See Him standing in the throne room, turning for just a moment from the painful sight of yet another failure, to face His Father.
With tears in His eyes, and tears in His voice–
“Abba–
Abba, My hands…
Look at My hands!”
*  *  *  *  *  *  *

You and I know those beautiful hands were forever ruined saving us. A friend of mine once noted that they might be more than just perpetually scabbed. What if they are permanently disfigured?
My hands tremble, and my eyes fill with tears, even as I type.
But you know what moves me yet more?
It’s the second part.
“I have graven thee…”
It’s my name that is carved on His beautiful hands. Carved with a Roman nail.
My name is a scar on His perfect Person.
But He is not ashamed of me.
Indeed not. Rather, He holds me up before His Father, and says “Look at My hands…”
And “swift angels are sent to minister to fallen man, to lift up and to sustain.”*
This is Love.
Only love can call scars trophies.
*{RH January 4, 1887, par. 15}

Seventeen – Smiles Against All Odds.

January 23, 2011 / Seán / 6 Comments
An excursion down memory lane just landed me on some old treasures… A few would probably make you smile, (maybe they’ll have their chance in the near future) but one in particular rivets me this morning…
The year I learned to pray.

I knew something special was going on even back then, but now I really see it. And to this day, that nine-letter word dances on my tongue whenever my friends start talking about the best years of their lives.
Seventeen.
That was a loaded year. A year of transitions… And one of the fullest and toughest of my life.
But it was pure happiness.
I still remember standing in line to register for classes at a public university… And thinking over and over again on the first day of classes: “What on earth am I doing here?”
But what I remember more is being in that treasured spot in library at the top of the hill, day after day, every time the clock in the bell tower struck 12:00, to keep an appointment…
It didn’t start there, of course. It started months and months earlier on the hillside at home. In fact, it was probably the greatest factor in my finishing 4 years of high school in a year and a half.
It was “quiet hour.”
Just me, and my God, and my journal.
And just as I had done all the year through when normal life, well meaning people, interruptions and “important” things tried to eclipse it, I had to fight to keep it. I had quite the time scheduling and re-scheduling 19 credits to keep it free.
Am I ever glad I did…
___
My life looks a bit different now.
Instead of 19 credits, it’s the joys and challenges of virtually full-time ministry with books to write, CDs to record, planes to catch, people to love, the gospel to share, and our lives to pour out… (for which we both tremble, and thank our God constantly)
And there are the duties of home to make all of that logistically possible… 2 corporations  soon to be 4, (for myself and my brother) the joys and responsibilities of being family, such as helping to maintain home and property, gardens and a greenhouse, and claiming my share of the honor of taking care of a grandmother with severe dementia…
But still. Still…
My life is pure happiness.
Even though I am always facing impossible odds.
There’s just nothing in the world like shedding everything for a moment (or an hour) right when it feels like it’s going to kill you, and leaning on Jesus with your head on His knee…
Smiles against all odds…
I still call 17 the best year of my life.
But maybe that’s not really fair… For since then, they have only gotten better.

And Faith is simply Trust, plus Obedience.


Ahh, angels marvel at it too…


“This is the mystery of mercy into which the angels desire to look– that God can be just while he justifies the repenting sinner and renews His intercourse with the fallen race; that Christ could stoop to raise unnumbered multitudes from the abyss of ruin and clothe them with the spotless garments of His own righteousness to unite with angels who have never fallen and to dwell forever in the presence of God…” GC 145